State-owned enterprises must not endanger competition. There is a risk that this will occur following Suomen Viljava Ltd’s announcement that it will expand into the food industry sector by investing in oat milling. There are already a number of private mill operators in the oat milling market. With the complaint made to the Commission on 22 November 2021, the Finnish Food and Drink Industries' Federation (ETL) aims to ensure that the investment does not benefit from prohibited State aid.

The state-owned grain handling and storage service company, Suomen Viljava Ltd, has announced that it will enter the food industry by investing in the oat milling business. When completed, it will be the largest capacity mill in Finland.

In recent years, private companies have invested heavily in oat mills and the development of a wide range of oat products. Competition in the mill products market is rather tight.

“It is very rare for the State to enter an effectively competed market as a major new player. In fact, the trend has been going in the opposite direction," says Mikko Käkelä, Managing Director of the Finnish Food and Drink Industries' Federation.

When operating on the market, the State must ensure that it does not distort competition or prevent healthy and effective competition from emerging and developing.

“A company playing under different rules would reduce the private sector's incentives to invest and could in the longer run weaken the whole food chain, even farmers,” says Käkelä.

Already in 2001, the Finnish Competition and Consumer Authority examined the dominant market position of Avena Siilot Oy (currently Suomen Viljava Ltd) in grain storage and foreign trade services. The State's strategic interest in Viljava is to ensure the effectiveness of the grain storage and logistic handling markets in a competitively neutral way, and to ensure that the functions related to the security of supply of the food chain and the EU intervention operations are not disrupted.

In ETL’s assessment, the investment would put at risk Viljava’s independent role in carrying out its strategic task. In addition, Viljava could gain an unjustified advantage from its current position in its future role the milling and grain trade market, unless state aid rules and competitive neutrality are taken into account in its operations.

“Competition from a new company is always welcome. However, using state aid to support market entry distorts competition. It is important that the level playing field is ensured in the food chain,” says Käkelä.

Complaint in order to gain information

Viljava’s investment is very large compared to other investments made in the oat milling market. The planned mill has an exceptionally large capacity in terms of the company’s current business, and neither the value nor the financing arrangements of the investment have been made public.

“We demand a consistent ownership policy from the State. The Finnish Government emphasizes that fair rules shall be followed in the food market and is concerned about the profitability of the chain as a whole. It is difficult to see how the planned investment would support these goals,” says Käkelä.

The potential distortion of competition resulting from the investment may also have an impact beyond the Finnish market.

Finland is currently one of the largest exporters of processed oat products in the EU. In 2019, Finland’s oat product exports amounted to approximately 26 million kilos, which was the third highest figure in the EU.

In order to prevent distortion of competition in the internal market and to protect Finland's reputation as a fair competitor in the export market, it is important to ascertain that the investment has not received prohibited State aid. 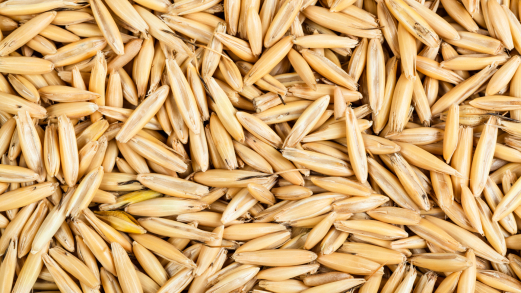 The Finnish Food and Drink Industries' Federation (ETL) represents the interests of the food and drink industry in Finland. Read more